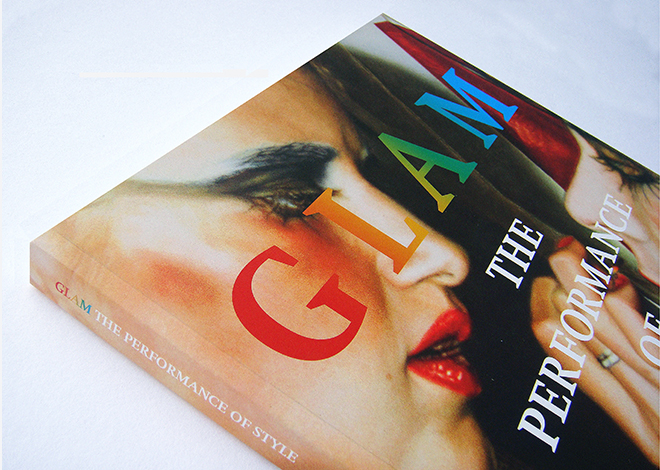 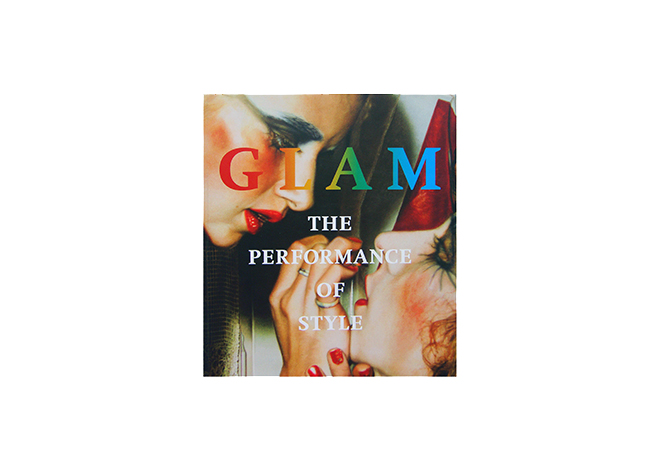 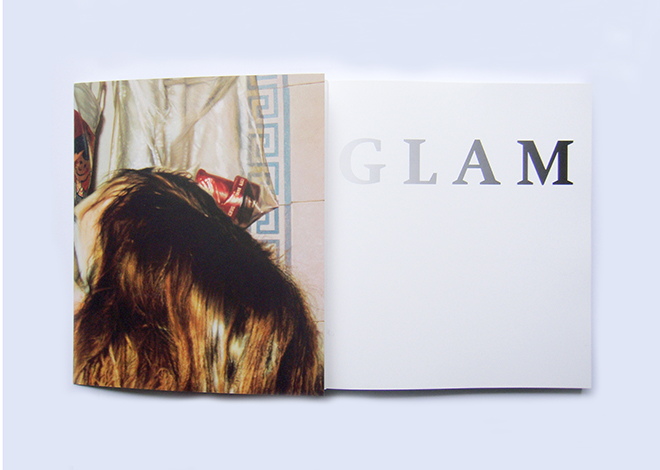 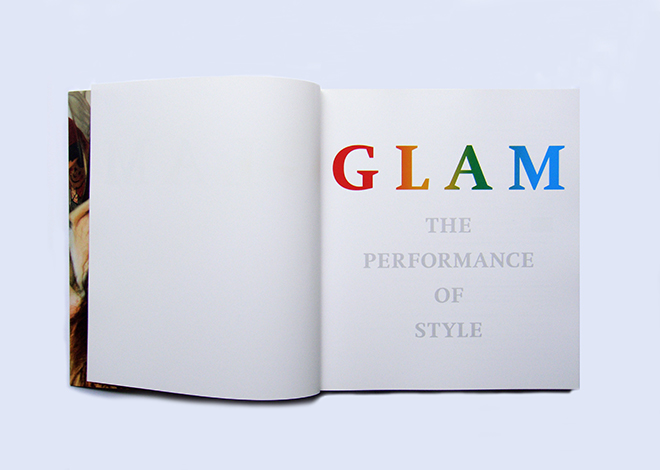 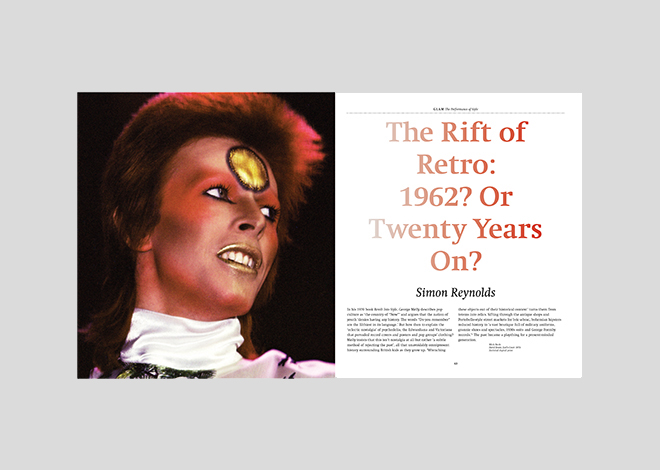 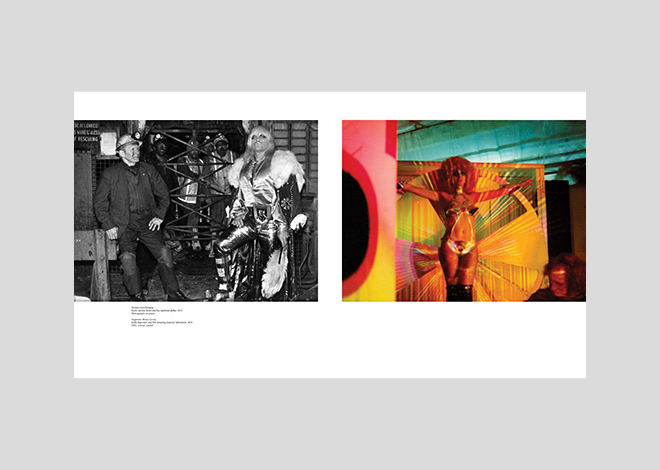 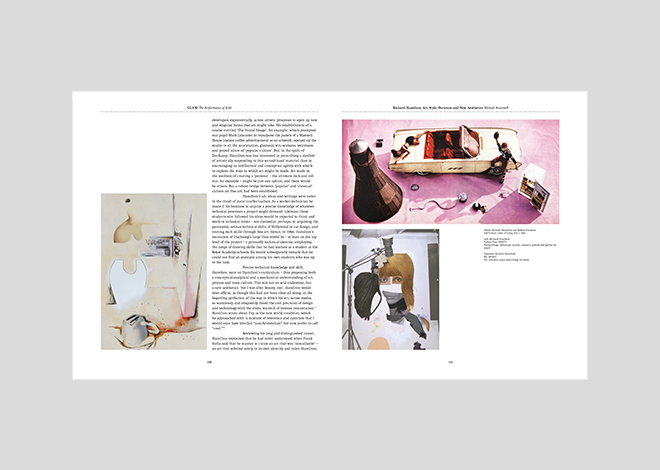 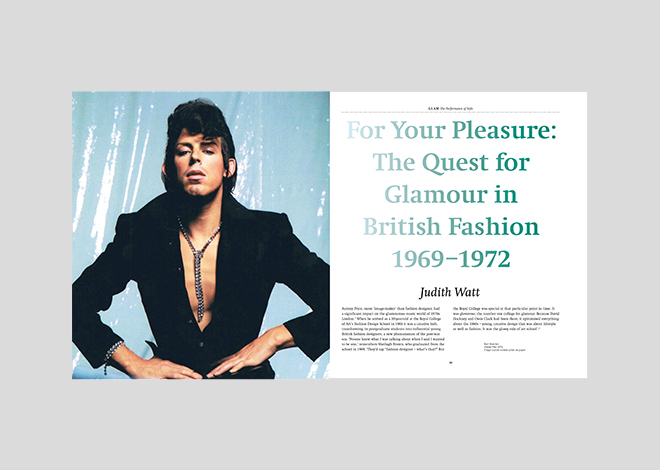 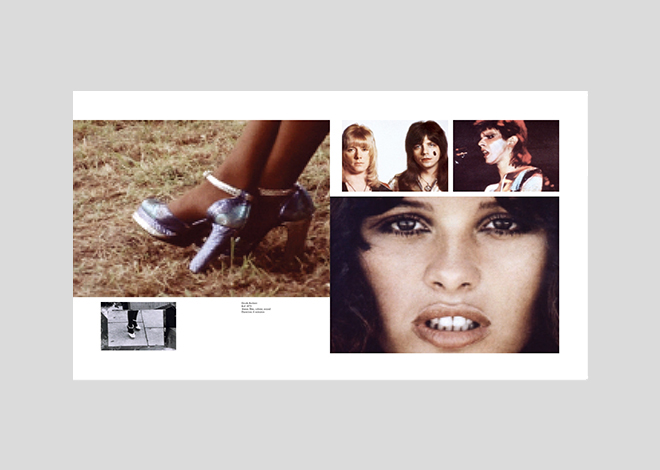 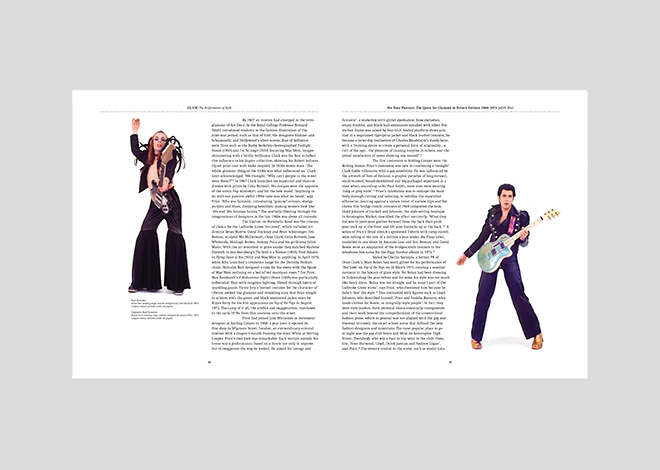 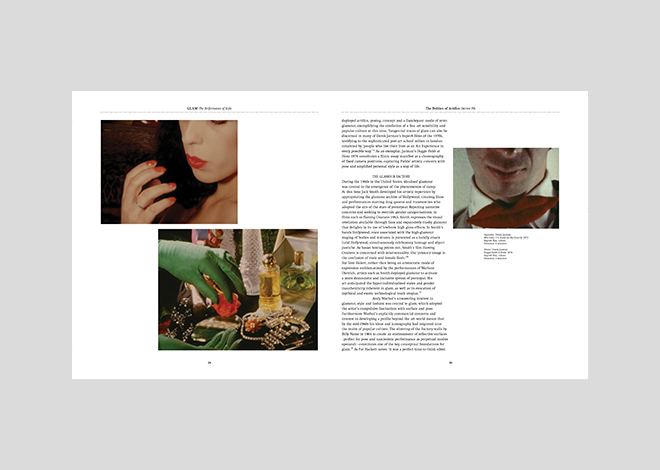 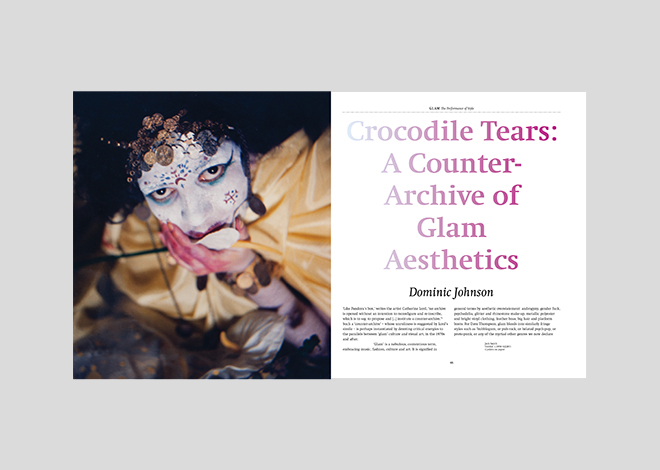 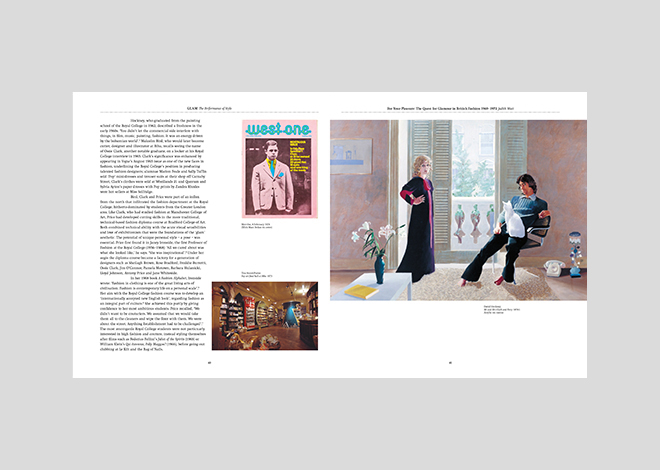 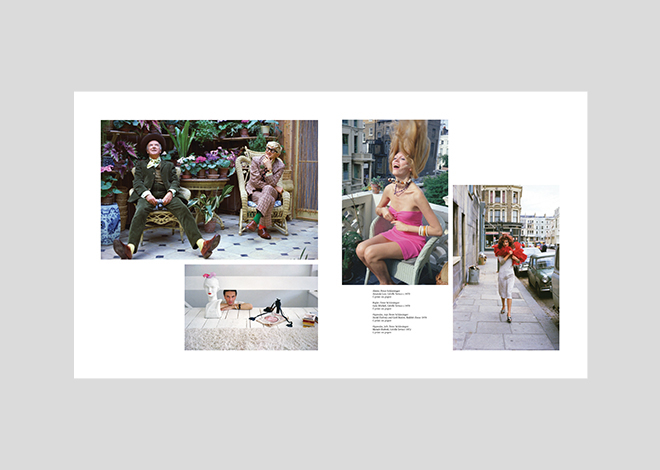 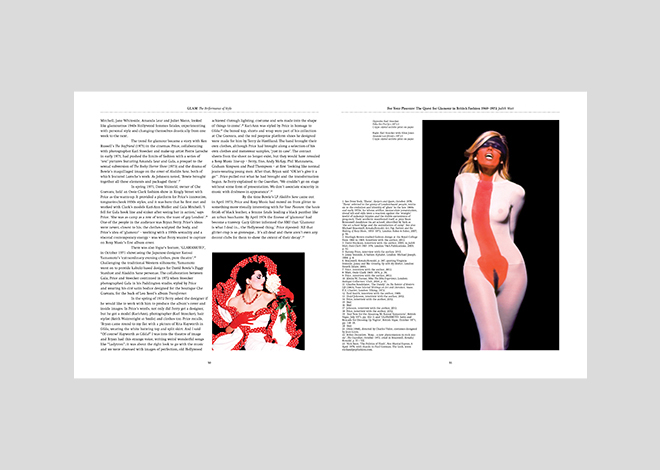 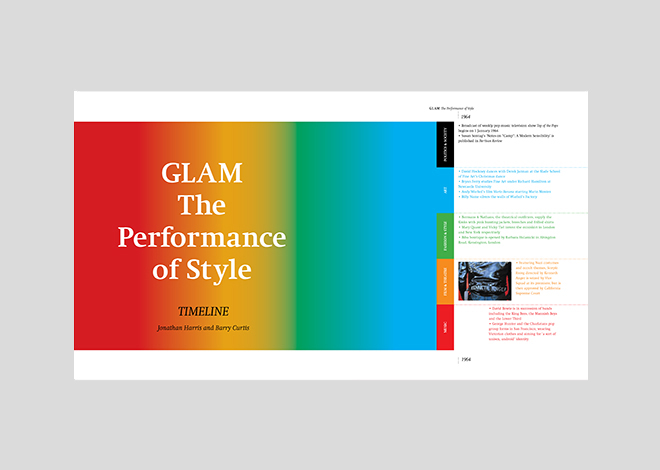 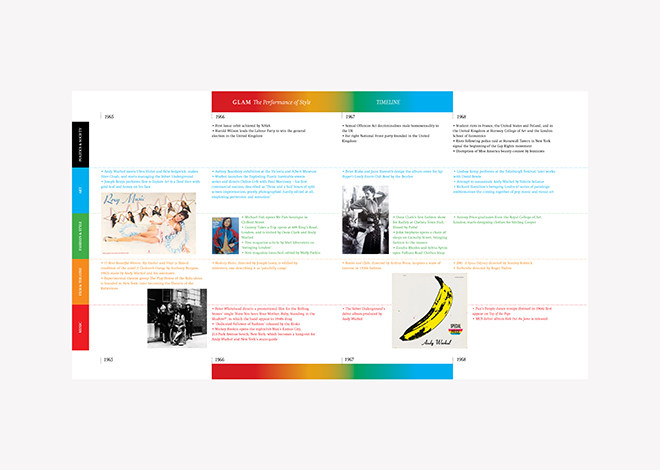 SecMoCo were delighted to be approached by the judicious Darren Pih (Curator, Tate Liverpool) with the offer of a dream job – to design the catalogue to accompany the exhibition GLAM: The Performance Of Style (at Tate Liverpool, UK and later Schirn Kunsthalle, Frankfurt, Germany). Through an ambitious collection of works and artefacts, it’s drive was to conceptually locate the early 1970′s glam pop style phenomenon in the context of the high /low cultural interchange within the artistic milieu of the time.

The design of the catalogue was an attempt to convey this shrewd engagement with the period whilst resisting the (admittedly very tempting) urge to indulge in the use of glitter, kitsch and overtly ‘bad-taste’ fonts. To revert to such a swift design short-hand would have been to do a disservice both to the the complexity of the creative activity of the time, and this contemporary re-appraisal of it. The design also included a detailed illustrated timeline of the art, culture and politics of the time.

Context from the Tate website:
GLAM: The Performance Of Style is the first book to fully examine the serious cultural influence of one of the twentieth century’s most excessive and exciting pop movements. ‘Glam’ emerged in the early 1970s and remains one of the most instantly recognisable but critically derided stylistic phenomena of twentieth century art and cultural history. Known mostly through the music of the era… the style was also evident in other art forms through its acquaintance with theatrics, artifice, myth and androgyny.

Covering a range of subjects including fashion, music, film, gender in performance and postmodernism, the book moves beyond a nostalgic reception and will reveal the under-acknowledged exchange between avant-garde art and the extravagant style, tracing the glam sensibility to performance and installation art, and to painting and sculpture’.

Context from Noddy Holder (Slade), reviewing the exhibition for The Guardian 20.02.13:
‘You can see Marc Bolan’s leather hat in a glass case. I couldn’t believe how small it was: I knew he was a small man, but this hat is really tiny’.