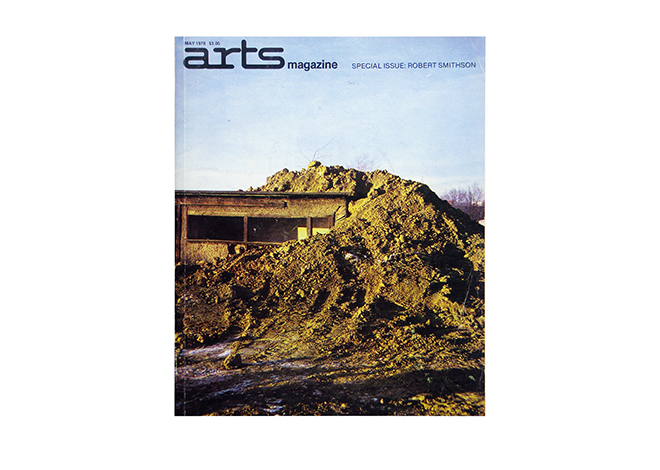 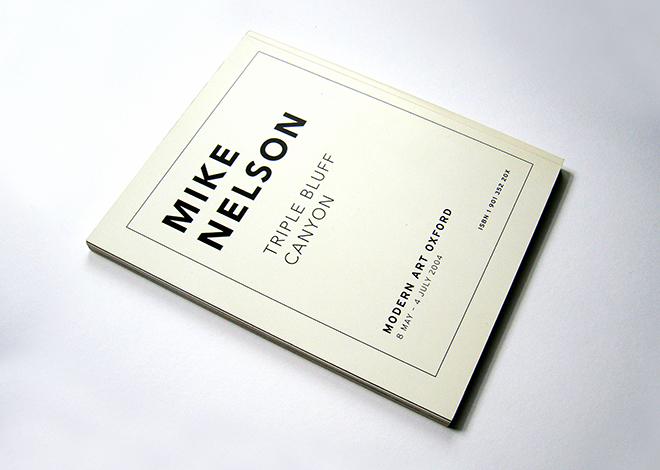 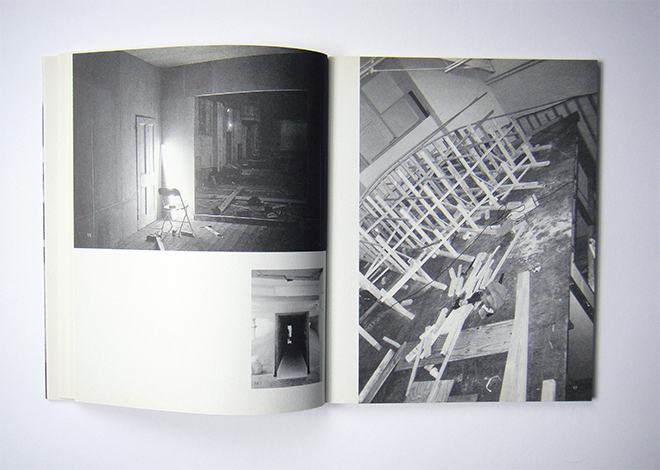 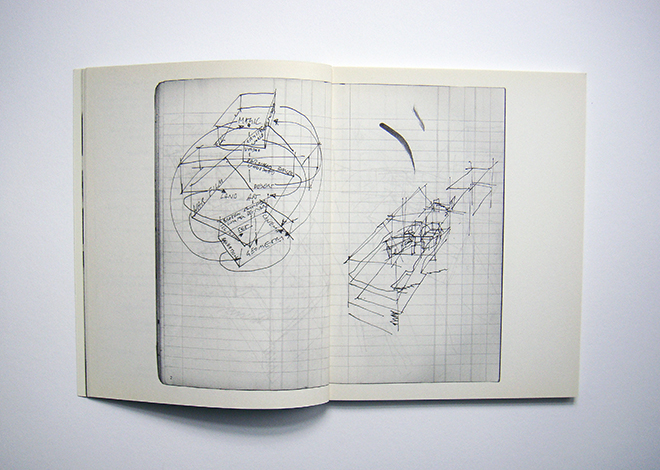 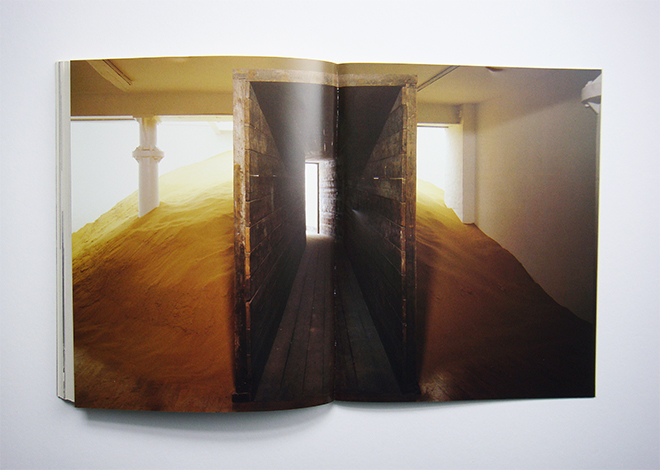 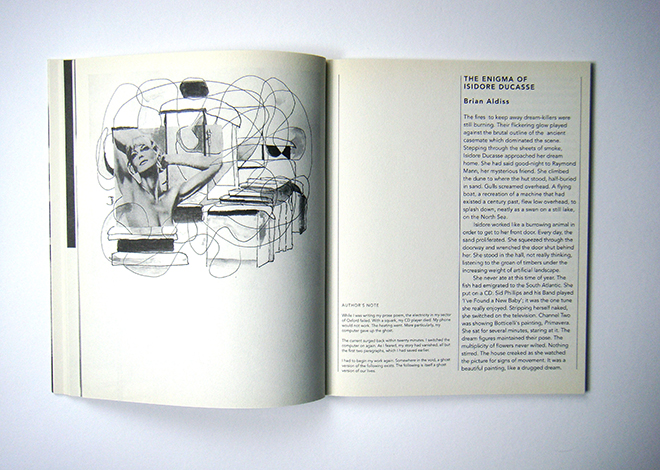 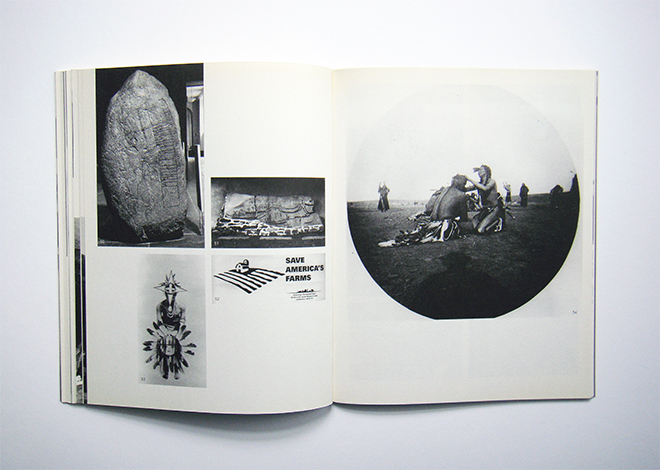 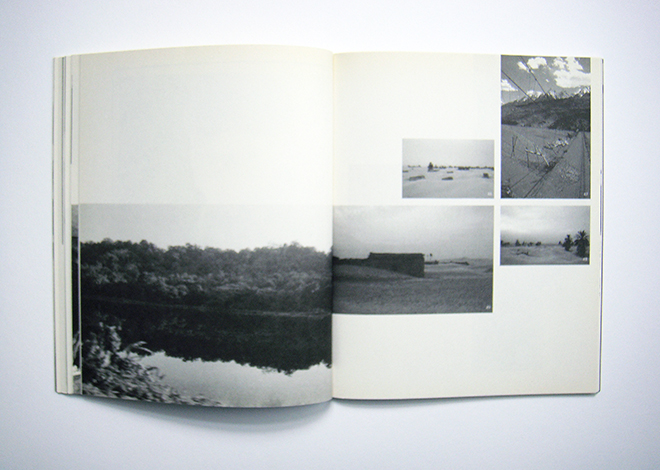 Commissioned by the elegantly exacting Suzanne Cotter, this book was published to accompany the exhibition by 2004 Turner Prize nominee Mike Nelson at Modern Art Oxford.

The front cover utilised an Arts Magazine cover from May 1978 depicting a seminal work by Robert Smithson that the artist had recreated in the gallery at MAO. As such, the title and cover information was transferred to the reverse, adopting the typographic style of the gallery ads of that period.

Context, from Andrew Mead at the Architect’s Journal website:
‘Entering a Mike Nelson installation is like stumbling into a minicab office in the early hours of the morning in the wrong part of a town you don’t know – and then things get worse’