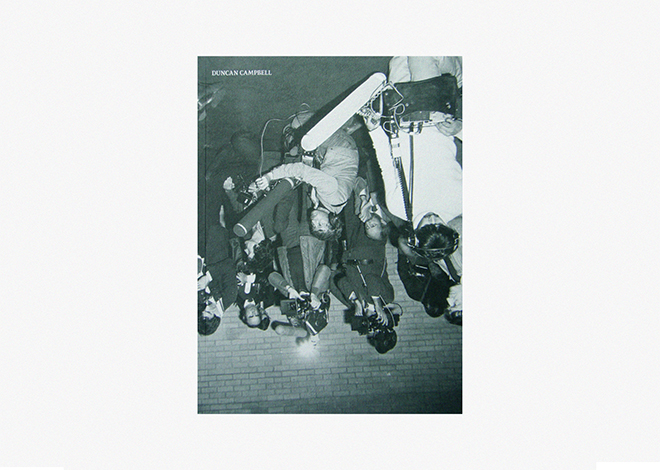 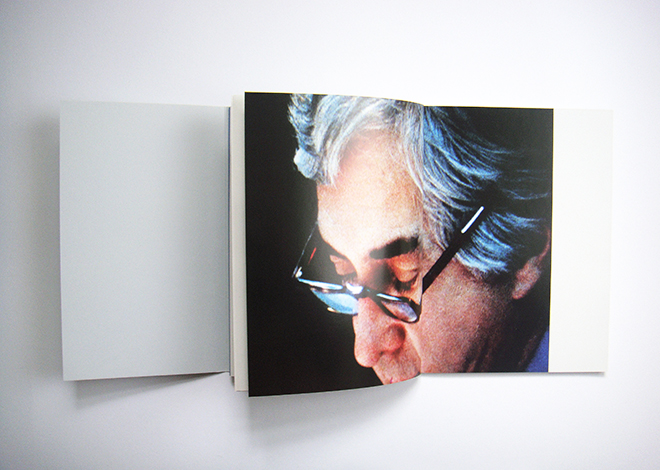 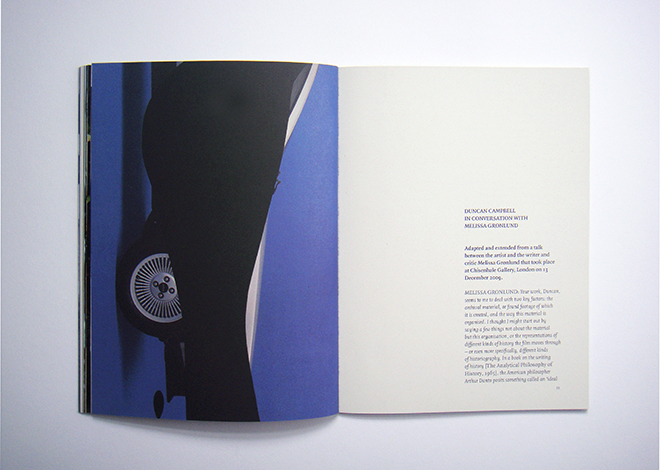 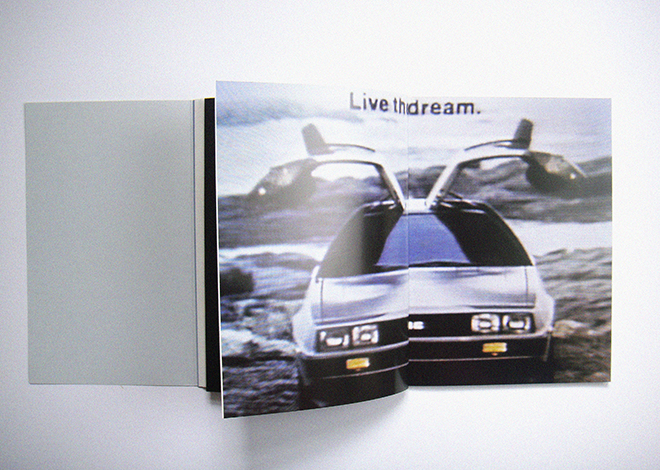 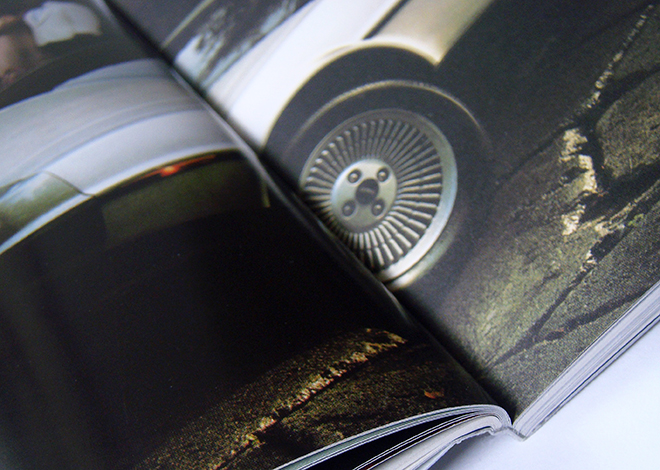 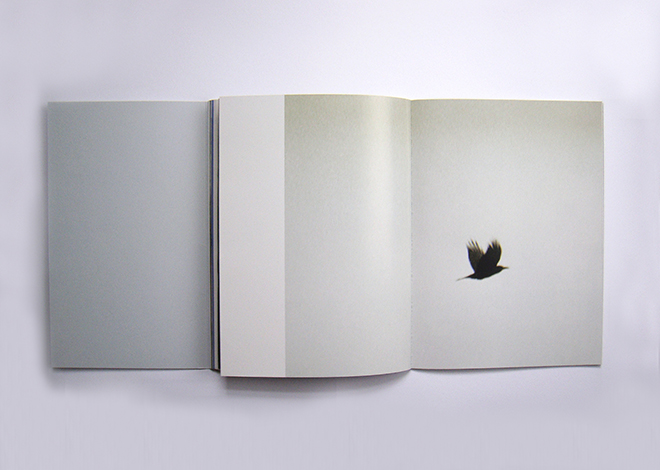 Through the investigative and informed eye of it’s Director Stephen Bode, SecMoCo is privileged to have worked on many projects for Film and Video Umbrella, London, UK. FVU commission, curate and produces artists’ moving-image works and presents them in collaboration with galleries and other cultural partners. In 2014 Duncan Campbell won the Turner Prize, this publication was to accompany his first major solo exhibition in Scotland, the screening of the artist’s ‘Make It New John’ – the story of John Delorean and his famous car- at Tramway, Glasgow. This design was bought about in close collaboration with the artist, resulting in a publication that feels adequate to both his contemporary lightness of touch, and the ambition of the depth of historical research involved in the making of his films.

First published by Film and Video Umbrella, London, UK, and Tramway, Glasgow, UK. Edited, and with a text by, Stephen Bode; additional text by Martin Herbert, plus an ‘in-conversation’ between the artist and critic, Melissa Gronlund; 230 x 170 mm; 88pp; 45 color and 19 b&w images; paperback, flapped cover

Context, from the FVU introduction to the film ’Make It New John’:
Following the huge box-office success of Back to the Future in 1985, John DeLorean wrote a letter to Bob Gale. According to the recipient, it read, in part, ‘Thank you for keeping my dream alive.’ Gale was the producer of that Hollywood film, a vehicle for Michael J Fox. Delorean was the creator of the iconic, gull-winged DMC12 sports car that was used as Emmett ‘Doc’ Brown’s time machine in the movie, but which by the mid-80s wasn’t really a vehicle for anybody.

Three years earlier, the DeLorean (as it is widely known, being the only vehicle produced by the short-live DeLorean Motor Company), has ceased production after just 9,000 cars had rolled off the assembly line at the DMC factory in Dunmurry, Northern Ireland. The car is a vexed and paradoxical symbol, at once desirable – mostly, as its architect acknowledged, thanks to a teen comedy made when the DeLorean was unavailable – and an index of failure.

[...] This association of vehicle and film is one that virtually everybody makes first, but there’s also a panoramic back-story to consider. This is confirmed – to the extent that such a slippery endeavour can be said to confirm anything – by Duncan Campbell’s Make it new John (2009), a film that traces the rise and fall of DeLorean, man and car.

Its fifty minutes of archive material and self shot footage refract the messy, paradoxical, couldn’t-make-it-up tale of a Shakespearean character who lived an outsize life, the Detroit-born son of a Romanian immigrant who became a wunderkind engineer at General Motors and who, through projects like the Pontiac GTO, reshaped American idealism (the pioneer spirit, mobility as birthright) as it is incarnated in cars. It is also, to some degree, a partial window on an American Icarus who was also a Lazarus – a maverick who believed his own myth, fell to Earth and was born again at Universal Studios.