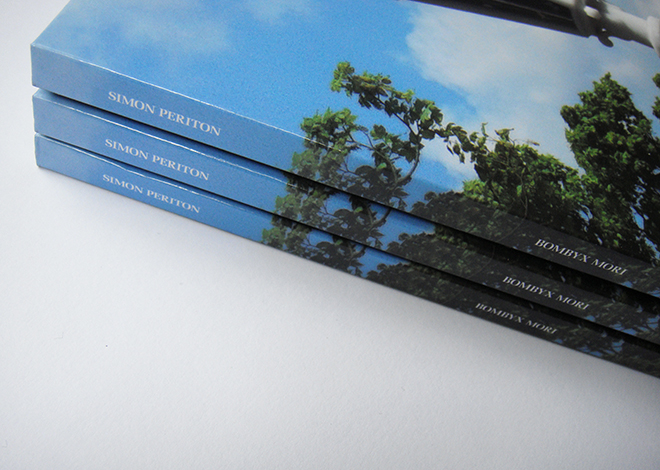 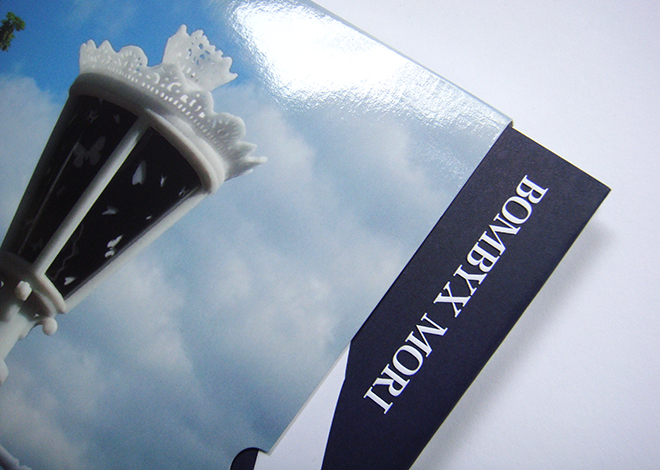 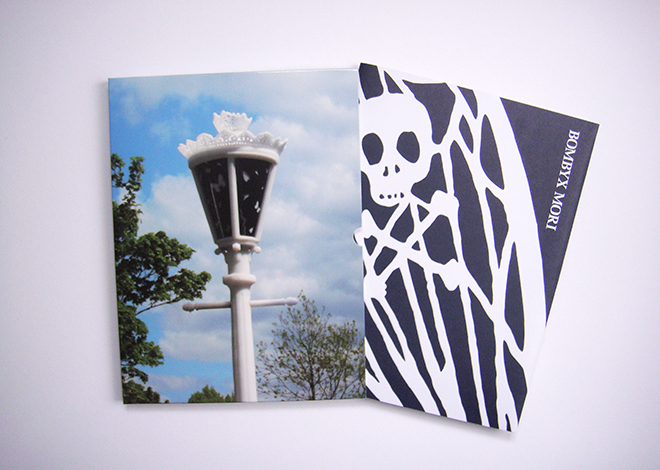 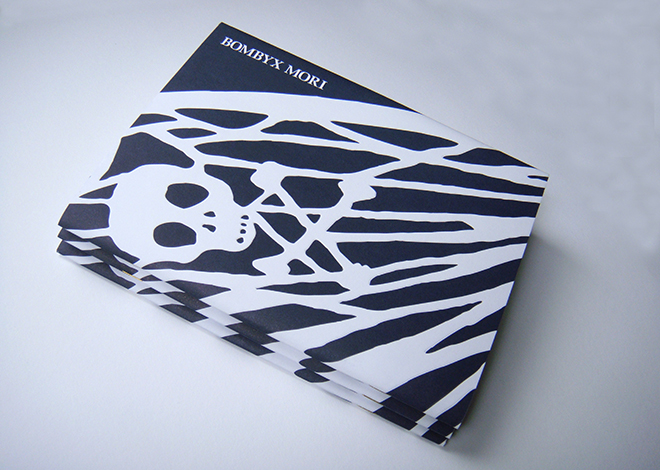 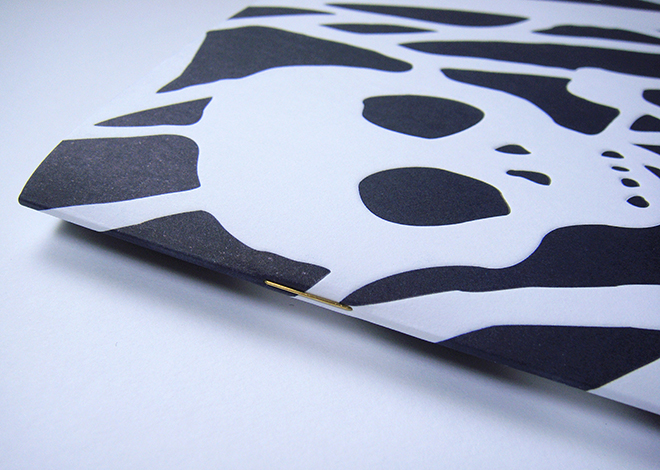 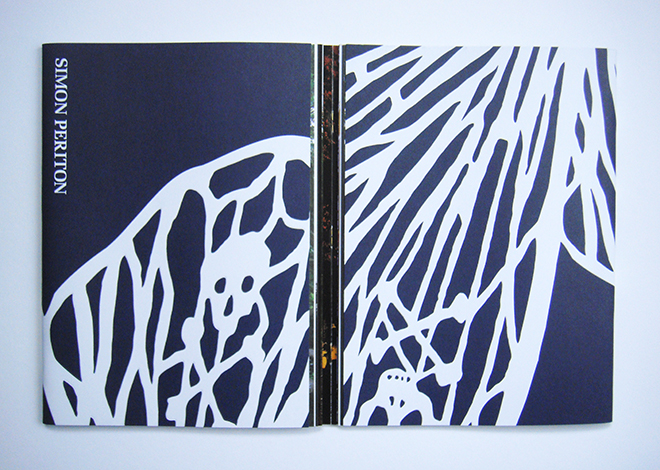 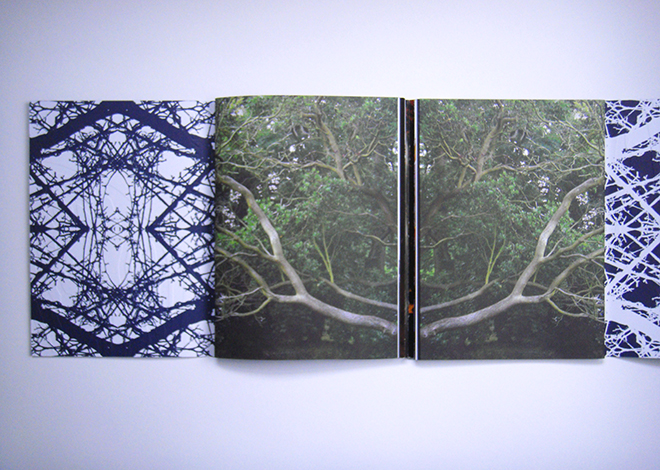 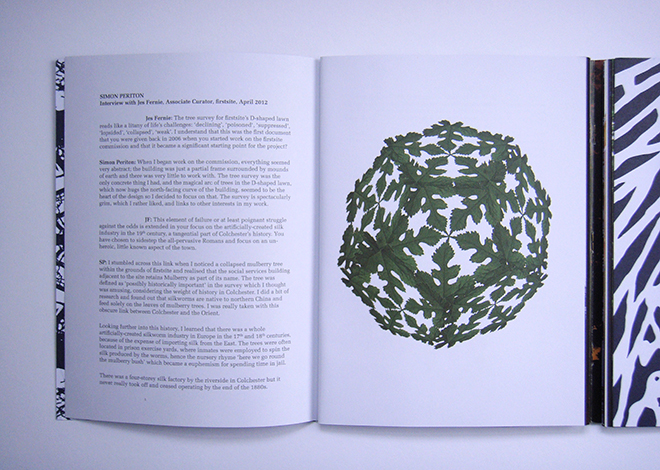 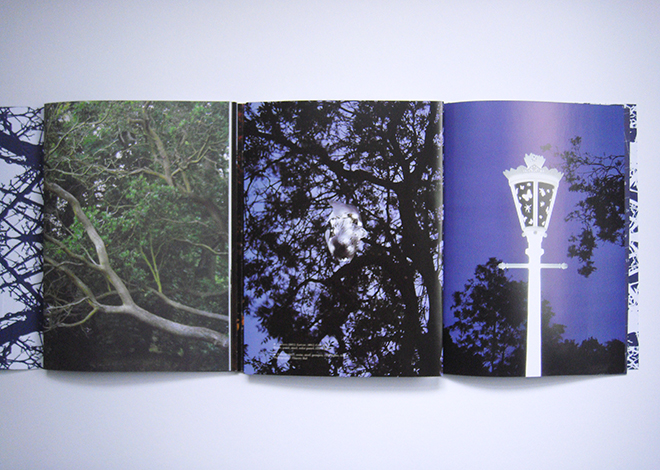 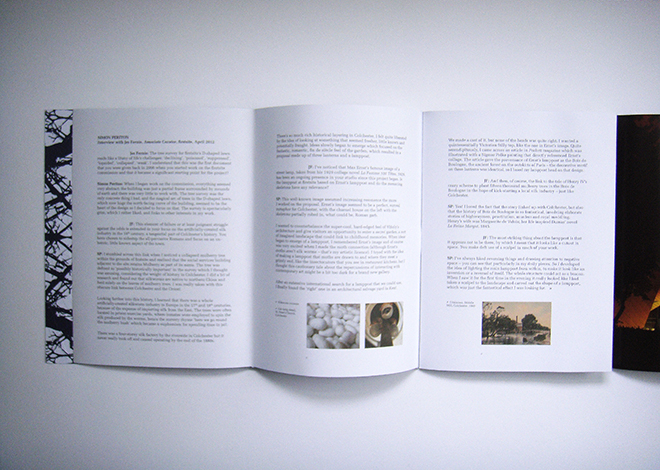 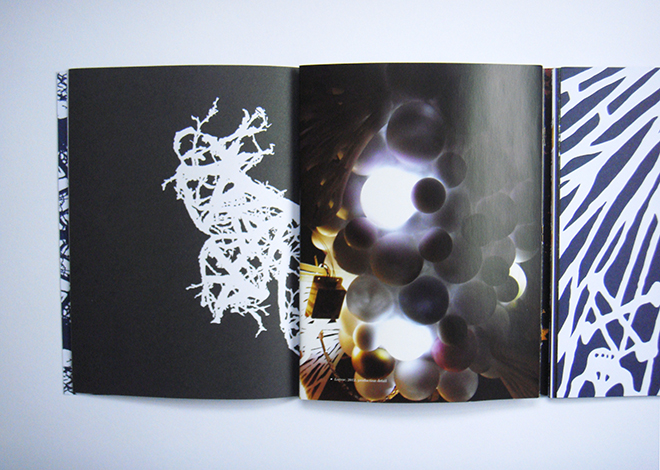 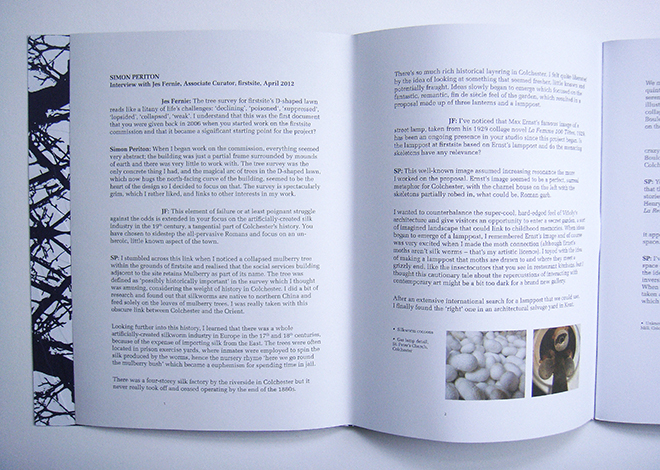 A monograph designed to accompany the solo exhibition of Simon Periton’s work in, and the landscaping of, the grounds of Firstsite, Colchester.

Such are the intricacies of the artist’s work- in which he often employs a stylish cutting, folding, doubling and general complexification of the visual image- that it seemed fitting that any printed representation of it should reflect these themes. After a thoroughly enjoyable process of detailed conversation and close work with the artist, we produced an object both full of historical context and also visually rich, including elegant documentation of the artworks situated in the gallery grounds. The resulting multi-layering design principle- of both images and actual paper folds/trimming- also called for a high level of binding and finishing skills from the printer.

As detailed by the printer (Calverts of London): ‘The brochure has a gatefolded 8pp cover, printed in one pantone colour on 300gsm Arcoprint Extra White, with all the type and white-out elements cylinder embossed. The texts and images are on a lighter weight Arcoprint and 150gsm Hello Silk, collated as long 8pp spreads and then hand gatefolded to close, with brass wire stitches in the spine’.

Exhibition context: The artist researched the eighteenth-century design of firstsite’s garden to develop a new installation there taking the form of three lanterns and a lampost. There is a long-established mulberry tree on the grounds, and the worms of the silkmoths that appear in his artworks were essential to domestic silk production in nineteenth-century Colchester.